Good gamers, in the last article, we have discussed one of the most amazing champions of DotA 2, it is Skywrath Mage. Nonetheless, Skywrath is not basically the only one hero that holds a lot of impression from the gamers. Another hero that has a lot of amazing skills is Axe! As with Skywrath Mage, Axe takes role as a Support hero that will give a back up of the team. 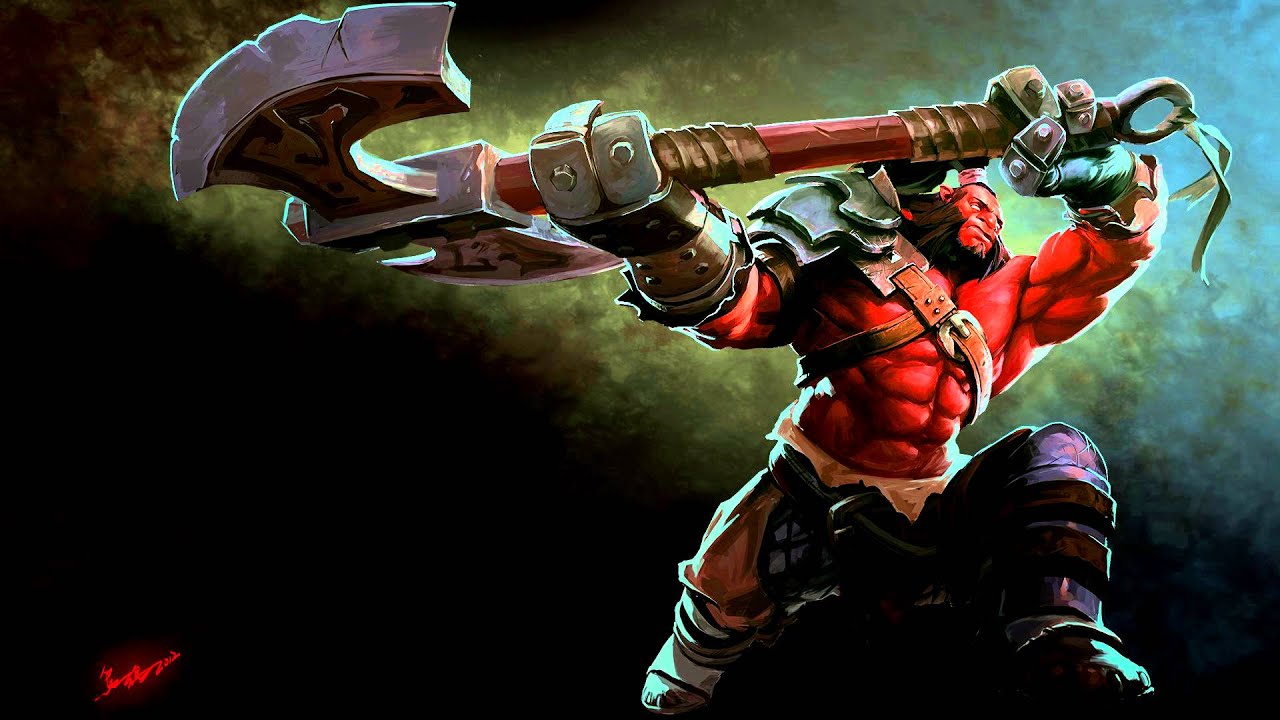 If you have already familiar with Axe, you must also be familiar with his red skin and scary face. Nonetheless, even though many players have already experienced playing with DotA 2’s Axe for many times and they can even memorize his slogan, not all of them realize the history of Axe’s appearance on DotA 2.

As we know, similar with other MOBA games, each hero on DotA 2 has their own history and philosophy. Although understanding such a thing may not affect anything toward the gameplay, knowing the heroes’ background would be interesting as well. Therefore, in this article, we are going to show you the background of Axe, including his role and skills to. Check these ones out!

Before we get to the historical background of Axe, we should know that DotA 2’s Axe was first introduced in DotA All Stars, specifically on March 1, 2015. Prior to his name as Axe, he was actually named Mogul Khan. How could it be changed?

A long time before his appearance, Mogul Khan was known as a Grunt, it is the name of a human with a bullhead. That is why his face is human-like but also bull-like. Interesting, isn’t it? Grunt itself is one of a myth that you might be known though. Besides, he is one of solder in a military group or troops named Red Mist. With such position, as with other solders, he had a dream and willingness to be the best solder among all and be one of the generals. For that reason, he seemed to be an effortful person that was brave to sacrifice his life in every war. 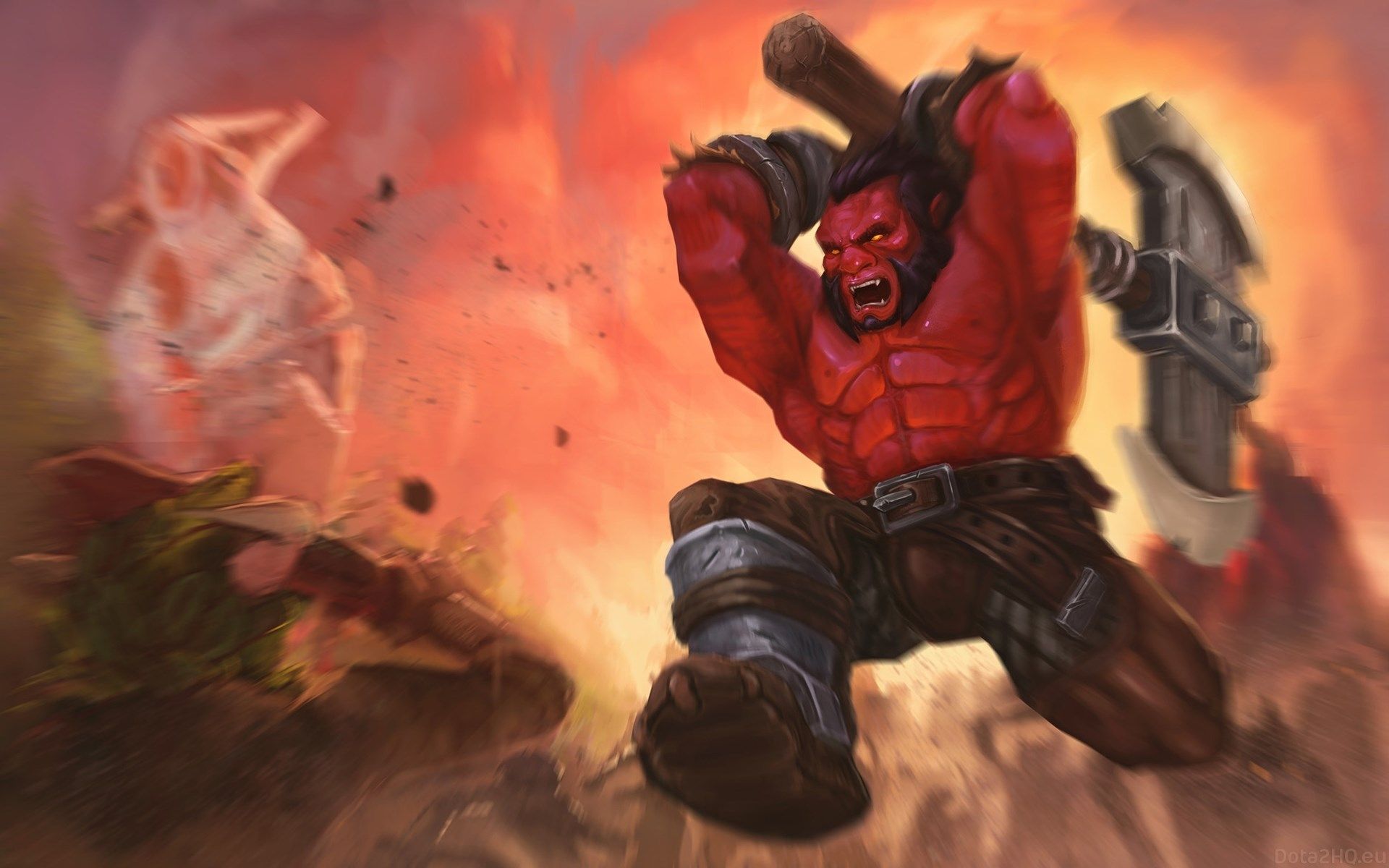 As Axe’s strength got better, he could achieve his dream. He was known as a brave soldier that could bravely beat and tackle down the enemies without any hesitation. He was the one who held a campaign of Thousand trans. This campaign was held for 7 years. Toward this campaign, he could amaze a lot of people, including the enemies, that he was strong and unbeatable. With such achievement, he finally declared himself as a general of the Red Mist. Since that time, he called himself “Axe” as he used an enormous size of the ax that helped him win.

Nonetheless, that was only the beginning of everything. No one knew that the inauguration of his as a general would be the start of his destruction. He was not a good general. A lot of people did some protests that he had never heard while rebelling on his leadership means killing oneself. Therefore, in the end, all of his troops left him and Red Mist’s formation was ruined. Everyone left him until there was only him in the team.

However, even though Axe was alone and became the one and only warrior of the team, his spirit had never been decreased. Until now, he thinks that it is okay to be a single fighter, that he is enough to beat and tackle everyone alone with his ax. For that reason, in DotA 2, he has two great slogans that you can hear during the gameplay: First, it is “I say good day, Sir!” and “Axe is all the reinforcement this army needs!”. 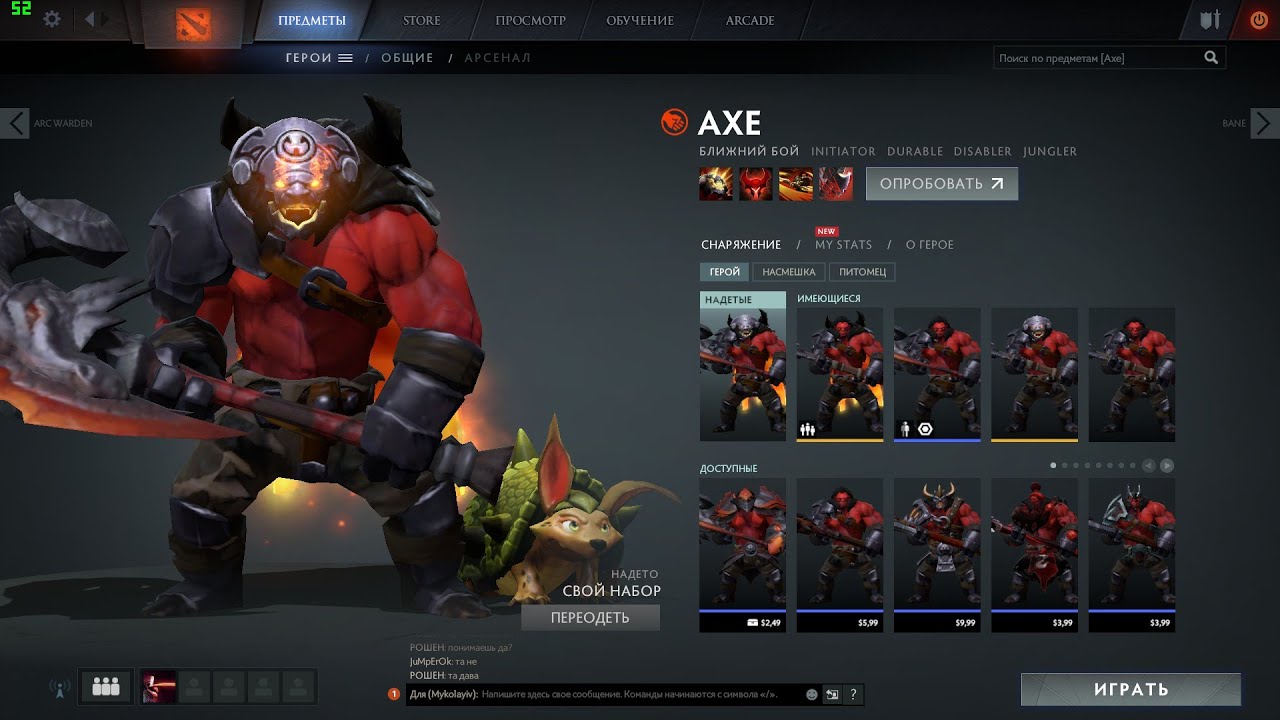 Good gamers, that is the historical background of DotA 2’s Axe appearance in the game. After being introduced, he has already been known as one of the strongest Support heroes on DotA 2. This hero gets a lot of skills such as Berserker Call and Battle Hunger that are categorized as his crowd control skills. Berserker Call itself is a skill that can help him stop the movement of the enemies while he can throw many damages toward them. That is why DotA 2’s Axe is one of the scariest heroes among all. Nonetheless, if you want to play with him, you should pay attention to the timing. Now if you are curious about the gameplay of Axe, you can check it out on YouTube. Have a good game and be the champion!

The Best and the Cheapest CS:GO Knives Used by Masters

Zahra - June 13, 2018
0
Another First-Person Shooting game that millions of people play is called Counter Strike: Global Offensive or CS:GO. This video game was released in August...

Get to Master the Best Assassin Champion: AKALI!